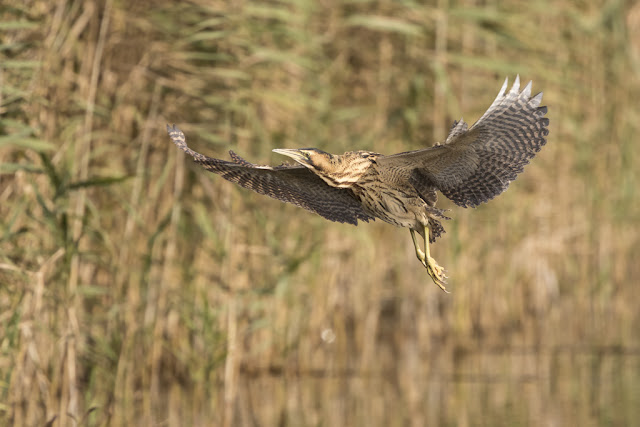 ... but the visit to RSPB Ham Wall started off quite differently.

Note that any of the photos in this particular Blog will get bigger if you click on them.

In fact nothing much was happening. Just an atmospheric shot of a female Marsh Harrier floating against the background of Glastonbury Tor. 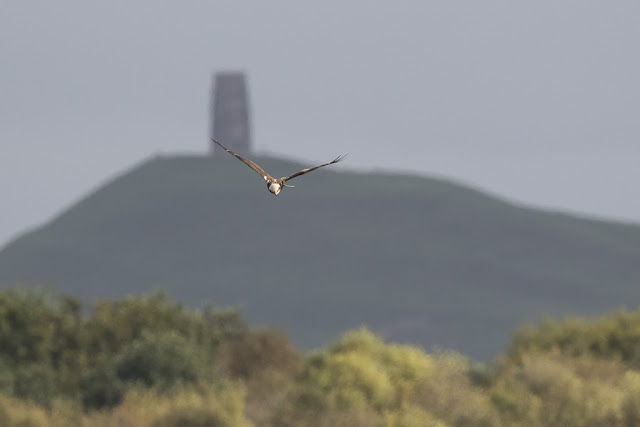 And then a bit nearer: 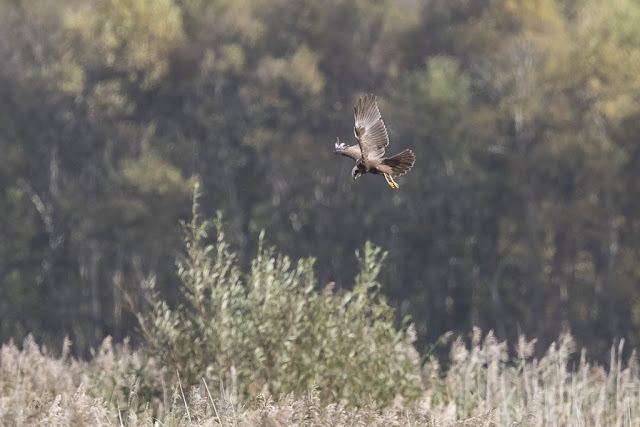 Then there was the episode with the Little Grebe catching a fish, and eating it. 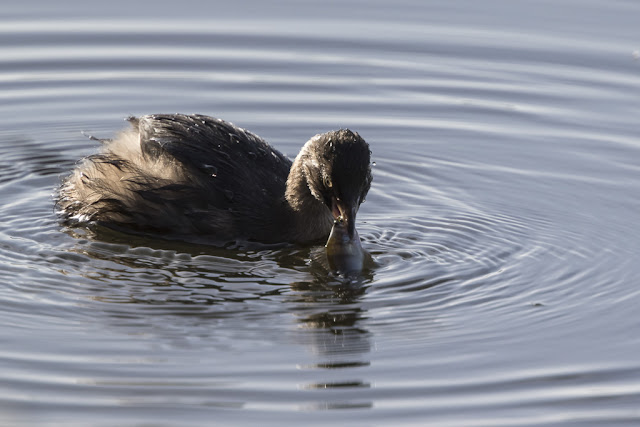 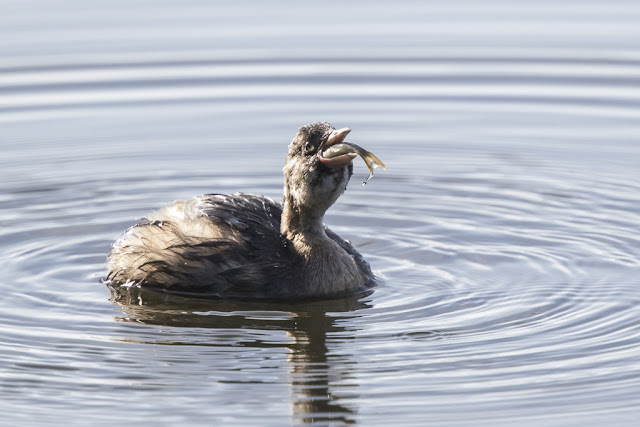 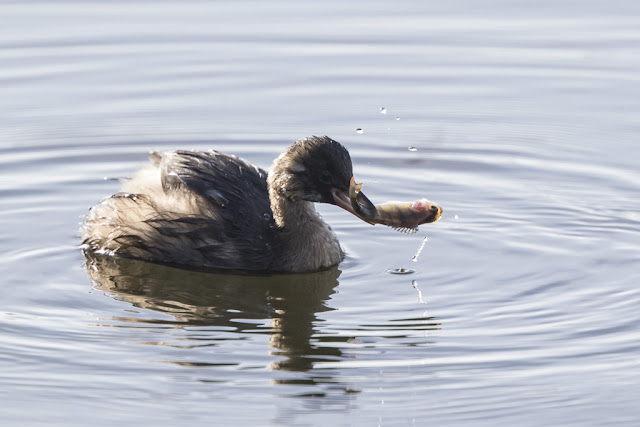 I had never seen that before. I thought that they caught much smaller animals, but this one had relatively little problem with that sizeable Perch.

Walking on, I came to an aerial tussle between a Crow and a Buzzard. 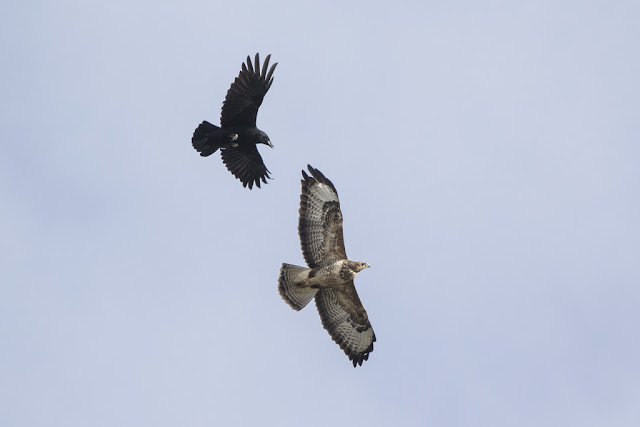 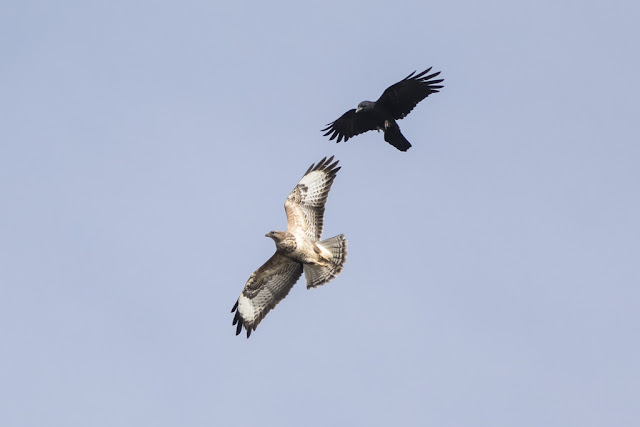 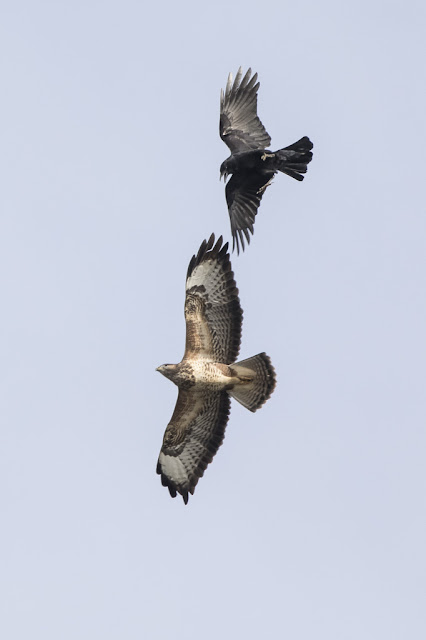 But the real excitement only started once I had settled in the Tor View hide. For a while, nothing. But then I spotted a Bittern that had come to the edge of the reed bed. It was standing on some reed stems that it had bent over. You can just make it out in this shot. 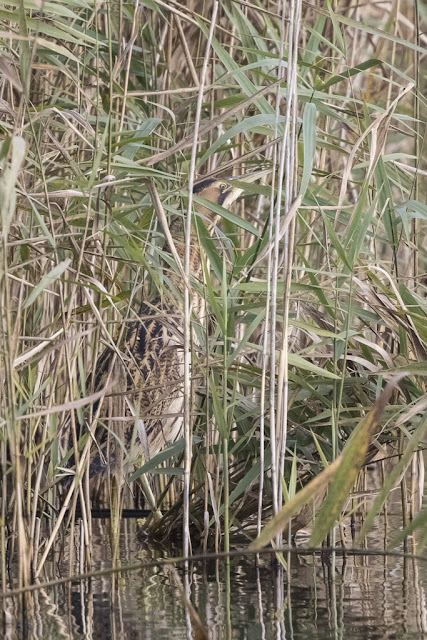 I alerted the other three or four photographers in the hide and we did our best. What we were all waiting for of course was for it to take off and fly to the other side of the water channel, something I had seen Bitterns do before at that spot. 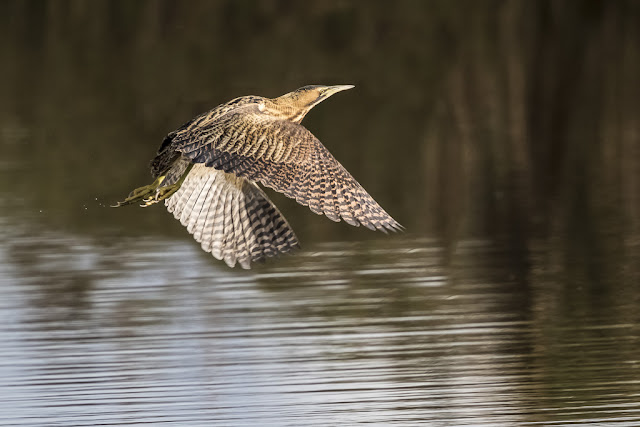 For all the clatter of camera shutters, very few good shots were obtained. It is just so difficult to keep the bird in view at that relatively close range. The shot above was probably one of the better ones.

Normally, that would have been that for the rest of the afternoon. Bitterns usually just stay put. But this one was obviously not happy. For fifteen minutes or so I heard it growling and grumbling to itself from the depth of the reeds. I just knew it was going to fly out again, so I trained my lens on the reed face and waited. Sure enough, it eventually took flight and I was prepared for it. I got this rather spectacular series of shots. 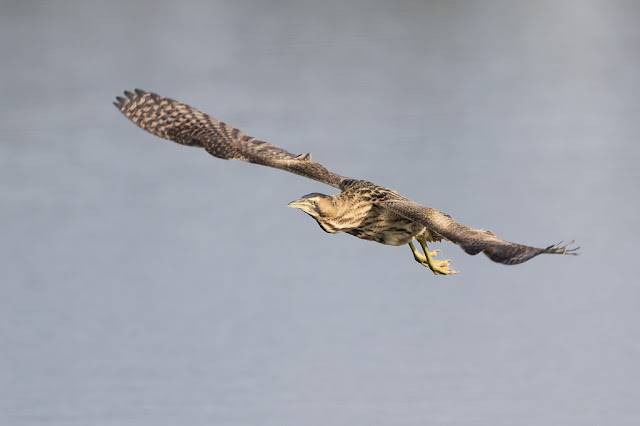 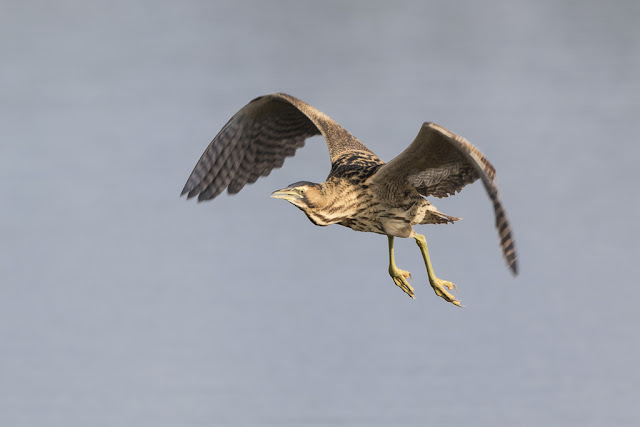 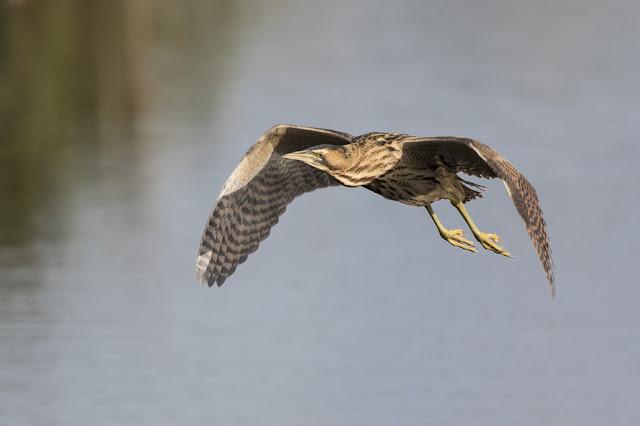 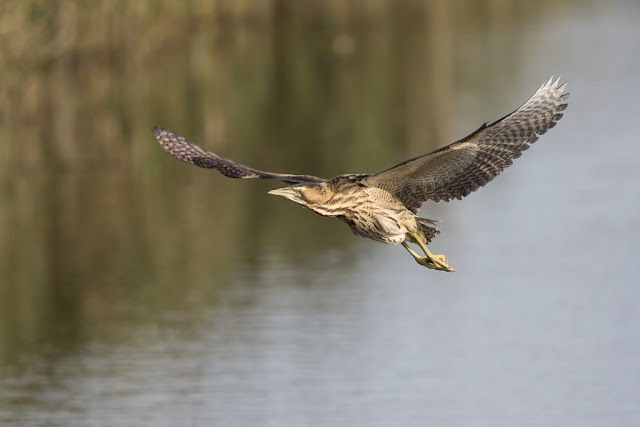 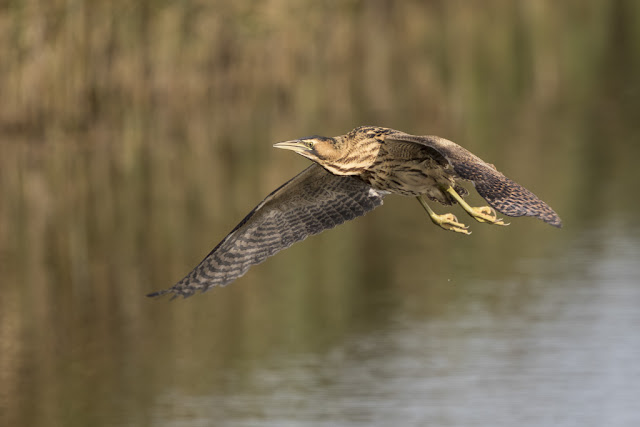 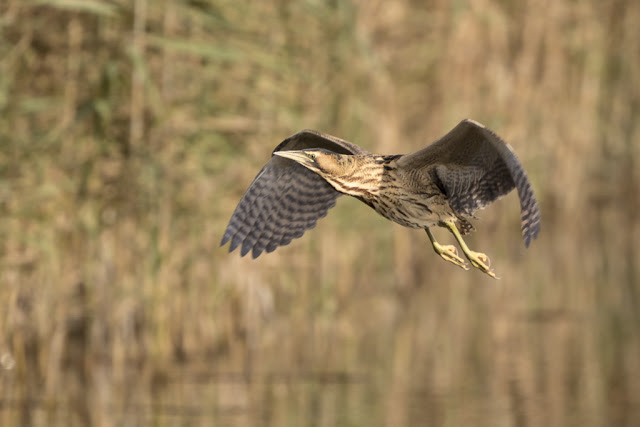 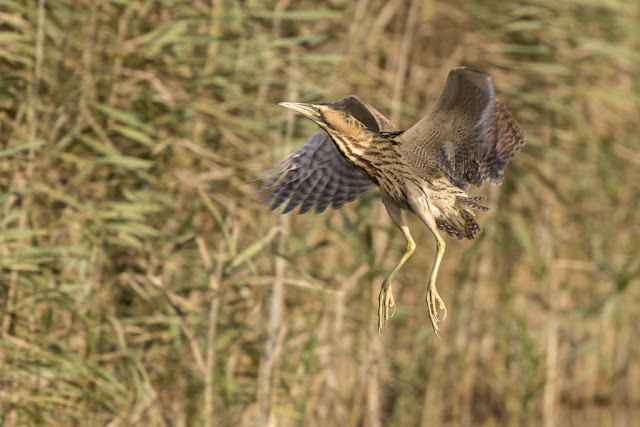 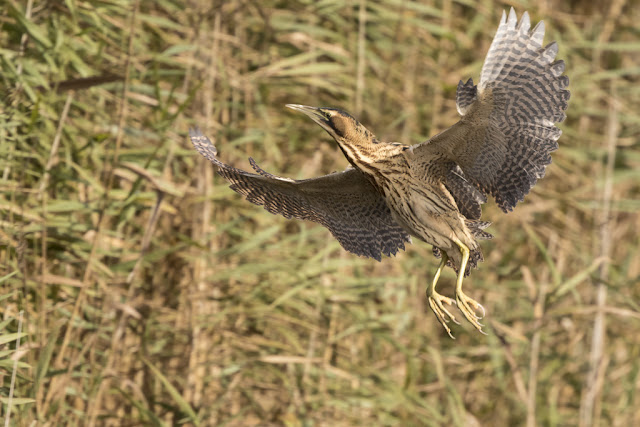 Needless to say perhaps, I was over the moon with them. You should see the originals! The Canon 7D Mk2 autofocus was set up exactly as described in one of my other Blogs at

So it all just goes to show that you have to keep faith. Even if nothing is happening, keep calm and patient. One day you will get a stroke of luck! Guaranteed!