The other day I posed myself the question "With tens of thousands of photos in my library at the moment, when will I have taken enough?" Well, not while there are still shots like this to be had. 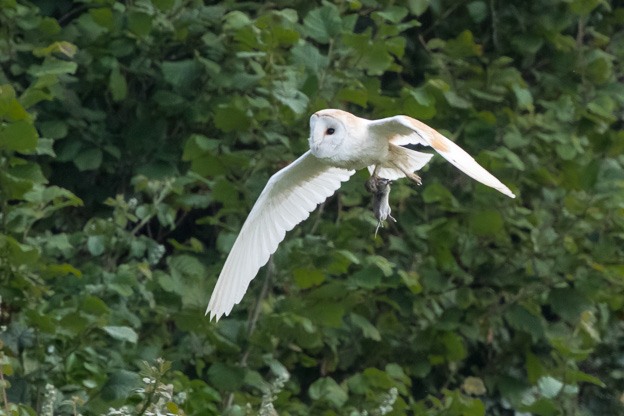 After about five years of trying to master wildlife photography, I still get excited at the prospect of gathering new and exciting photos. Maybe one day my passion will wane, but not at the moment.

The day started quietly and I only had about two hours to spare before I had to be somewhere else. I whiled away the time taking photos of anything that came into view. That is the beauty of being outside, there is always something happening. 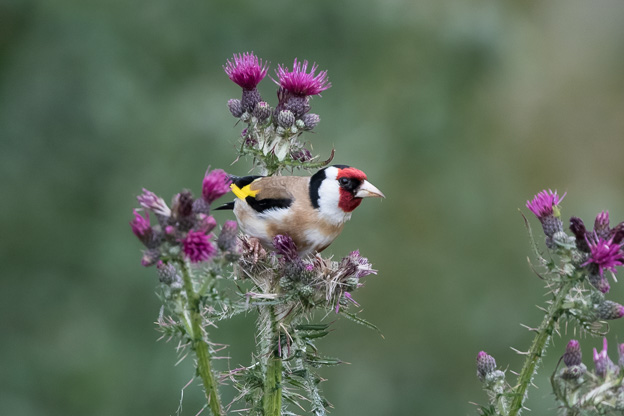 I even tried to photograph the Woodpigeons that made repeated passes in front of me. It was very difficult as they were just too close, but I got this one. 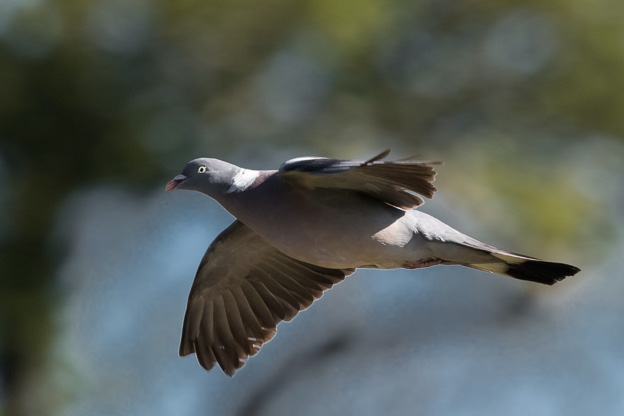 As nothing much seemed to be happening - I was waiting for the Barn Owl of course - I went for a stroll to see what else was about. Caught this Grey Heron standing on a post, first just its head peeping over the reeds ... 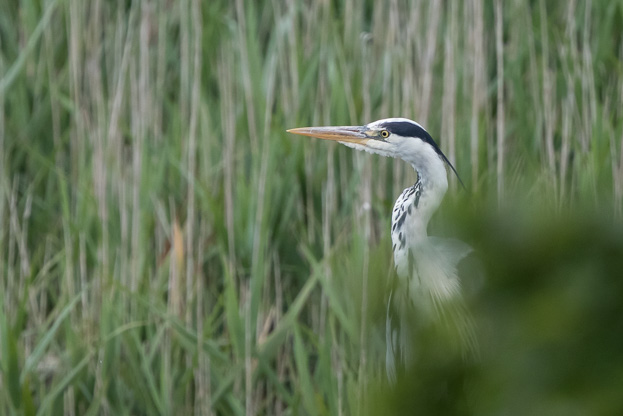 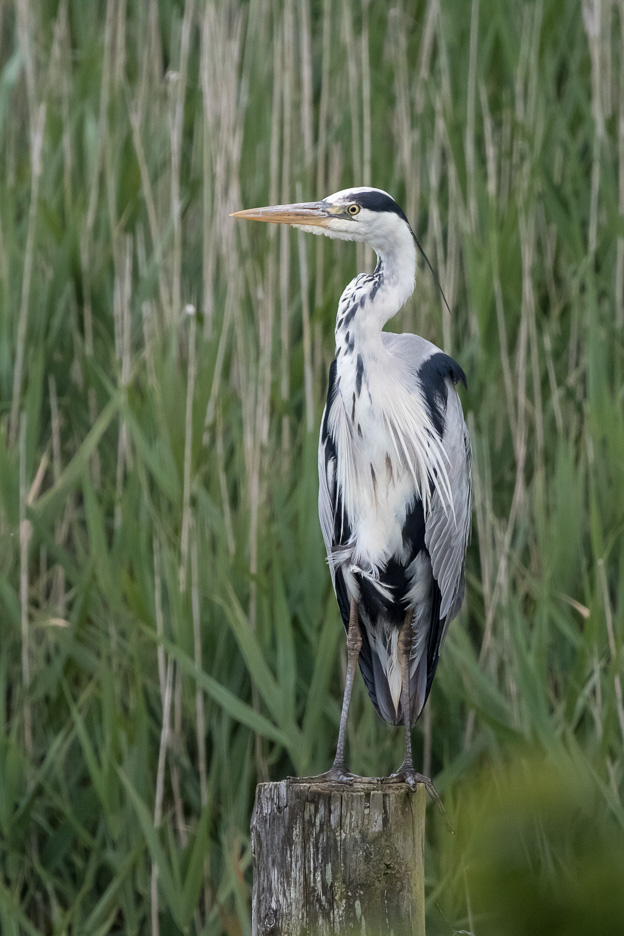 Now, at this point, let me ask what you think about my new lens, the Canon EF 400mm f4 DO II? Pretty sharp most of the time I would say, but I am still getting used to it.

Despite its high spec and absolutely atronomical price however, I am still finding situations where it does not deliver. Take this Kestrel for instance. 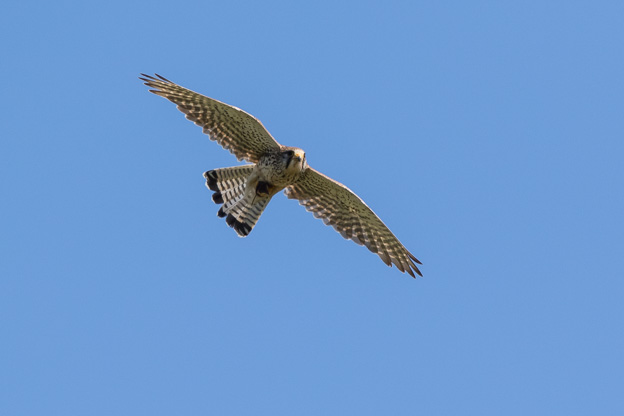 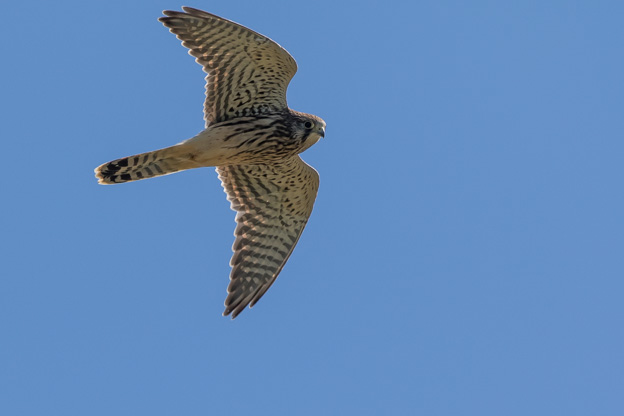 It approached closer and closer and I thought that I was getting some good shots - I was hand holding the camera at this point. But when I looked at them on the computer screen I could see that either the autofocus or image stabilisation had failed to nail it. Many of the photos were just that little bit soft. Not what I had expected from my new set up. Maybe it was me, I will have to experiment further.

When I show my photos to audiences at my illustrated talks (had a great one at Yeovil Allotments Association last night by the way) people often say "You must have a good camera", as if that explains why I have some nice photos. Well, you couldn't do it without a camera that's for sure, but it is still a struggle sometimes no matter what equipment you have treated yourself to. In the end, it is not just the camera that gets the good shots! 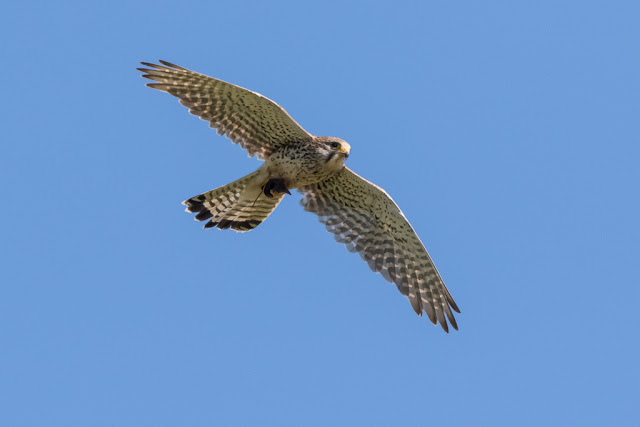 You can just make out in the photo above that the Kestrel is carrying a Shrew. It flew around with it for a while as if not quite knowing what to do with it. 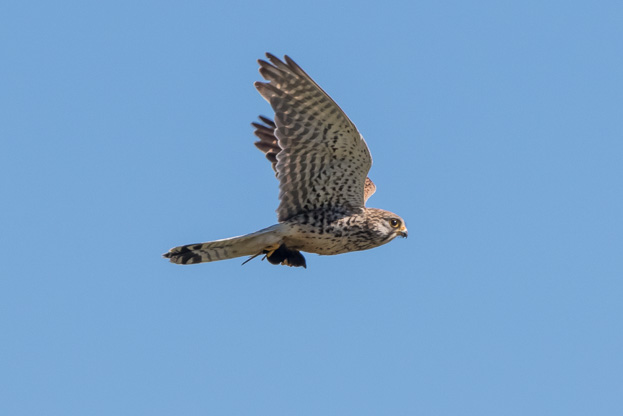 Anyway, all this was just by the way because it was the Barn Owl that I had come to see. Eventually, just as I had run out of time, it made an appearance. Typical bad luck for me, but I stayed on as long as I could. 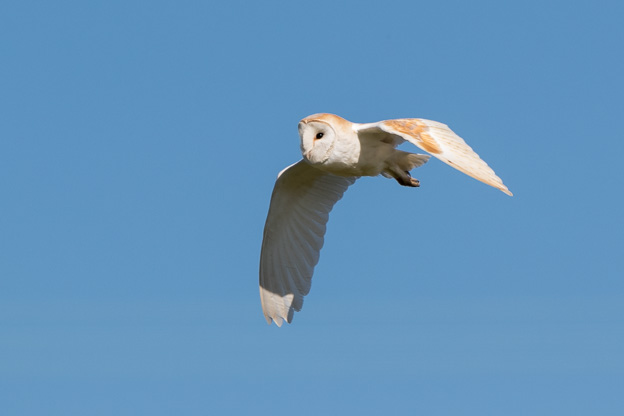 It was definitely worth risking a late arrival in Bristol. 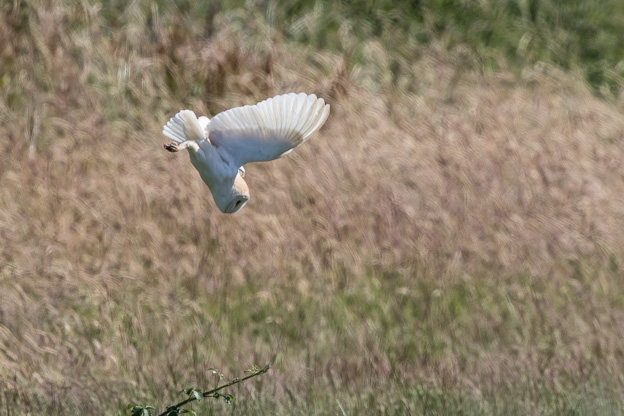 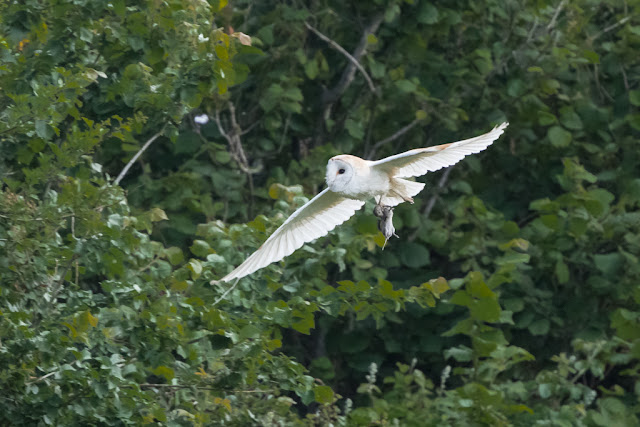 So, another brilliant outing. Can't wait for the next one.

If you live near me in Somerset you may like to book me for one of my illustrated talks - it's a lot of fun! Find the details on my website www.johncrabb.co.uk